Would you commit murder in the name of love and lust? Would you be willing to risk it all, just to get the girl, or the guy? Even if that cost is killing an innocent, or not so innocent, soul in cold blood?

In my new novel, The Caretaker’s Wife, a novelist and ex-con, JA Kingsley, returns from prison to an empty home, now that his wife and daughter have abandoned him. He makes his way north to a beautiful lakeside lodge where he will write a new book and restart his life, but when he meets Cora, the stunning young wife of the far older lodge caretaker, he falls fast. Turns out she does too. When their newfound passion reaches a fever pitch, she asks Kingsley to perform an extreme act of devotion.

As a writer, I’ve always been fascinated by on-the-edge relationships. I’m no stranger to the bad ones, having been divorced twice myself. The noir literature I know and love both from my youth, up till now, reflects my adoration for doomed and deadly romances. Here are ten of the best. 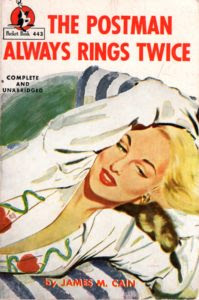 A drifter happens upon a diner/filling station that’s owned by an old Greek man who’s married to a hot young blonde. Said drifter and hot blonde fall head over heels. Naturally the old man has got to go, and the drifter sets his sights on taking him out. The 1981 film version with Jack Nicholson and Jessica Lange is a classic. (If ever there was a novel that had a direct influence on The Caretaker’s Wife, it’s this one.) 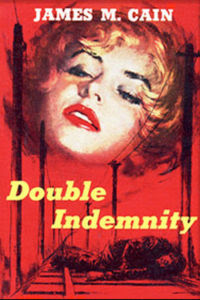 What can I say, the man was a master of the domestic suspense / noir genre. Similar, if not the same plot as Postman in that a single man meets a woman who’s essentially married to a wealthy dick, they set out to plot his murder. But things don’t go as planned and the love birds start turning on one another.

3- Best Day Ever by Kaira Rouda 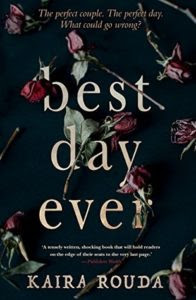 Think you’ve got the perfect marriage? The perfect kids? The perfect life? Those are the questions posed by this novel’s narrator Paul Strom, an uber advertising exec who decides to treat his seemingly adoring wife, Mia, to their best day ever. But they hardly get out of the driveway before things start unravelling. By the time darkness starts to set, you begin to see what a nightmare their marriage really is. 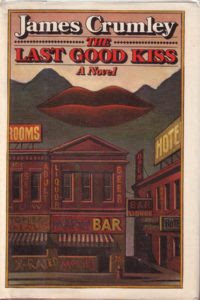 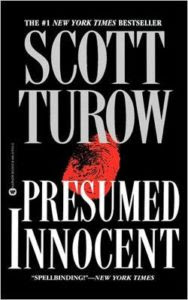 I would be remiss without including this domestic whodunit about a lawyer made to investigate the murder of the very woman he’s been sleeping with on the sly. When evidence points to him as being the murderer, he’s got to rely on a fancy lawyer and his bank account to get him out of it. In the end however, the killer is far closer to the lawyer than he ever would have imagined. 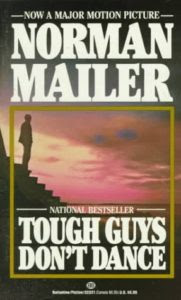 This thriller has all the tension and violence we always expected of Mr. Mailer. (It also inspired my 2016 novel Orchard Grove.) Tough Guys examines a down and out writer (there’s that theme again), who drinks too much and blacks out, now that the woman of his dreams has left him. When he finds the severed head of a blonde bombshell in his Cape Cod pot patch, he must uncover the events of the night before when he hooked up with a married dame. 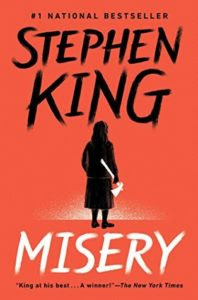 This is the disturbing story of romance novelist, Paul Sheldon, who kills off his serial protagonist, Misery, in order to pursue higher literary ideals. But when he’s involved in a car wreck and the psychotic Sheldon fan, Annie Wilkes, accidentally becomes his caregiver, he is forced to bring Misery back to life or else die on behalf of his art.

8- The Shining by Stephen King 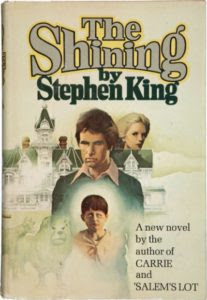 Mr. King gets two spots on my list although I’m tempted to add a third, Secret Window, Secret Garden. Both are about troubled writers going through tough times of one kind of another. The Shining is especially notable because the sicko novelist the plot is wrapped around drags his family to a spooky Colorado inn in the dead of winter where he plans on writing his great American novel. What happens instead is he goes mad and eventually chases his loved ones down with an axe. “Here’s Johnny!” 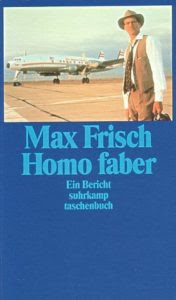 The title literally means Man the Maker, or in this case, the destroyer. Walter Faber is a lonely middle-aged engineer who travels incessantly on behalf of UNESCO. He seems devoid of love, but when he meets a young lady whom he falls desperately in love with, things change. All will go hellishly wrong, however, when she is bitten by a poisonous snake and her true identity is revealed. Greek tragedy meets noir anyone?

10- Where We Went Wrong by Andi Holloway 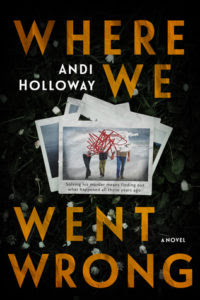 When the last person to allegedly see a missing boy alive is murdered in cold blood, the victim’s father becomes the prime suspect in both crimes. More than just a murder mystery, this one explores the damaging realities that occur when two different families (and two writers) join together in marriage, and the many suspicions and bitter resentments that accompany them. At times told in the second person, this one is haunting and might make you think twice before saying “I do” on that second or third go-round.