India, particularly when viewed from the Western lens, has always occupied a particular place in popular imagination. The Indian subcontinent was a land of mysticism, yoga, ayurveda, alternate dietary habits, and ancient scriptures that have firmly set defined the creation of cleaner and more spiritual lifestyles. Over the COVID-19 pandemic, one such alternate way of living has become increasingly popular amongst the Indian masses, and is spurring interest from the western world as well: the yogic saatvik (or sattvic) diet, as reported by South China Morning Post . 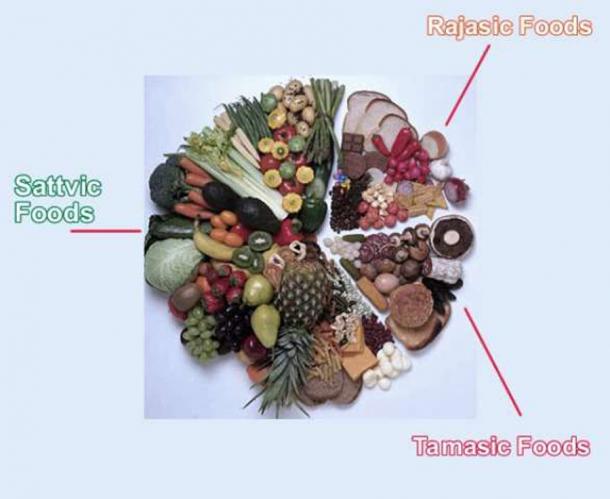 The Ancient Principles of the Saatvik Diet and Nutrition

Saatvik (or sattvic) foods, derived from the Sanskrit word sattva, refer to an Indian cuisine style focused on pure, holy, fresh ingredients. Saatvik has always occupied a firm place in ancient Indian philosophy . In fact, it is the root that has spurred the ascetism and otherworldly living of so many great philosophers like Gautam Buddha, Lord Mahavira, and modern legend, Mohandas Gandhi (also known as the Mahatma or the “Great Spirit”). While Buddha and Mahavira paved the way for two important schools of religious thought, Buddhism and Jainism, respectively, Gandhi embraced another core component of sattva, i.e., ahimsa or non-violence.

Not causing harm to other beings is one of the core principles of saatvik food, which involves cooking without garlic and onions, staple ingredients in hundreds of cuisines across the Indian subcontinent , along with avoiding meat and eggs of course. In India, about 11.5% of the population in urban areas suffer from diabetic conditions.

COVID-19 sparked a panic in Indian households across the subcontinent, eager to take the preventive route and reduce the potential ill-effects of a virus, that in so many ways, remains an unknown enemy. “According to ayurveda (the ancient system of medicine), there are three types of food that are related to our body type and nature – saatvik, rajasic and tamasic,” food curator and television host Rakesh Raghunathan said to the South China Morning Post (SCMP). Saatvik foods are associated with purity, rajasic foods with activity, ego, and ambition, and tamasic foods are related to laziness and greed, Raghunathan added.

Tamasic foods, more often than not, are fast foods that are over-processed and greatly disturb the process of digestion. In traditional philosophy, they are also seen to decrease the overall energy levels of the body, while causing visible medical problems like diabetes, cholesterol issues, heart-disease, and blood-pressure problems, to name a few.

Fast foods, which really made their way into India’s markets and popular imagination, over the 1990s, when India liberalized its economy and opened it up to world markets, are a driving force behind the current levels of ill-nutrition in India, particularly amongst children.

This was the era when big MNCs (multi-national corporations) like McDonald’s, KFC, Coca-Cola, and like-minded companies entered the Indian market, and changed some traditional dietary habits, forever, reports Live Mint . Excess sugar, sauce, cheese, and butter were some of the more visible markers of this dietary change , which would also adversely impact nutrition levels over the long term. 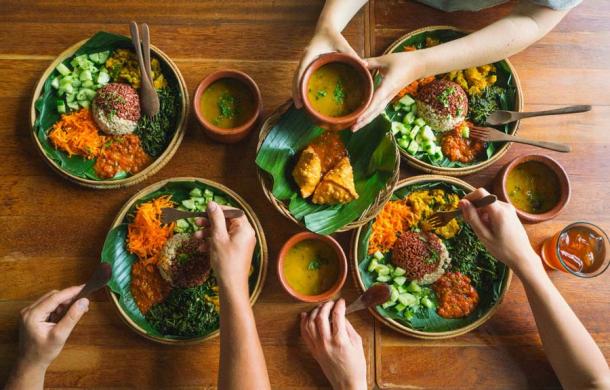 Vegetarian Indian foods that are pure essence like saatvik cuisine are much healthier than modern fast food. ( galaganov / Adobe Stock)

“Saatvik food is meant to balance all six flavors – sweet, salt, bitter, sour, pungent and astringent,” Raghunathan said. During the important Hindu festivals of Navratra and Dussehra, which coincide with the beginning of winter on the Indian subcontinent, saatvik foods are seen as the go to option, to blend in a healthy manner with fasting, and seen as a necessary detoxification of the body. Saatvik diets are also heavy on fruits, vegetables, grains, legumes, nuts and milk, and there is a focus on farm-fresh, organic, and pesticide free consumption.

A lot of contemporary research points to how modern, urban lifestyles, create terrible stomach issues, acidity, and nausea on a daily basis, which is connected to the patterns of sleeping, opposition to circadian rhythms, and other anxieties. Saatvik foods help alleviate stomach stressors, following the path of yoga, or oneness with the body and soul.

There is an opposition to microwave heated food, take-out, or home-delivered restaurant food. Saatvik food is not seen as an extension of gluttony, but rather, eaten in moderation (or mittahara in Sanskrit), in a bid to promote the harmony of mind, body, and soul. 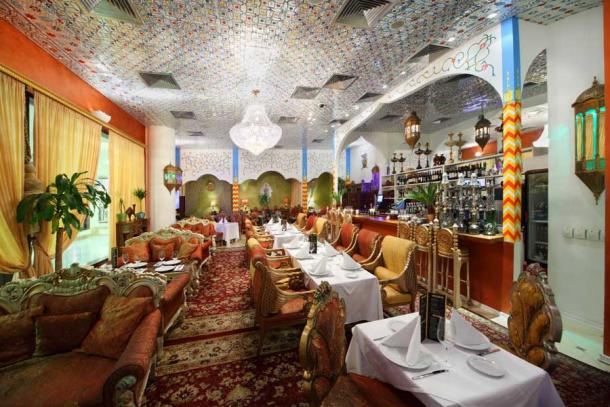 Saatvik dining is changing the menu options in high-class Indian restaurants like this one. ( Pavel Losevsky / Adobe Stock)()

A Paradigm Shift in Indian Dining and Thinking?
This change is also being reflected across restaurant and hotel menus in India, which are working towards creating a fine-dining, saatvik experience for the New-Age conscious consumers looking for mildly spiced vegetarian food, that is void of onion and garlic, and is fresh to the core. Wellness resorts, retreats, and spas, which follow foundational principles of ayurveda (an alternate medicine system which employs the use of herbal medicines , laxatives, massages, oils, yoga, and special diets) have also started to incorporate saatvik foods into their wellness experiences, as a form of detoxification.

Indian Railways has introduced saatvik cuisine express trains, for pilgrims travelling to important religious pilgrimage destinations. The Sattvik Council of India has been set up to carry out independent recording and auditing of vegetarian restaurants across India and certify those that qualify with the saatvik stamp of approval. They aim is to cover 1 million establishments by 2025.

Opponents argue that this shift reflects the negative caste policies of the ruling Bhartiya Janata Party, which is quick to promote upper-caste notions of purity and wellness. Some claim that the Party is imposing these purity notions upon the poor, working-classes, and the lower castes of India, who must resort to cheap protein sources. These “inferior” sources include cow meat and poultry, which are both cheaper than a saatvik diet of fruits and vegetables.

In India, despite being essential commodities, fruits and vegetables have become unaffordable for most rural Indian households, owing to spiraling retail and commodity inflation.